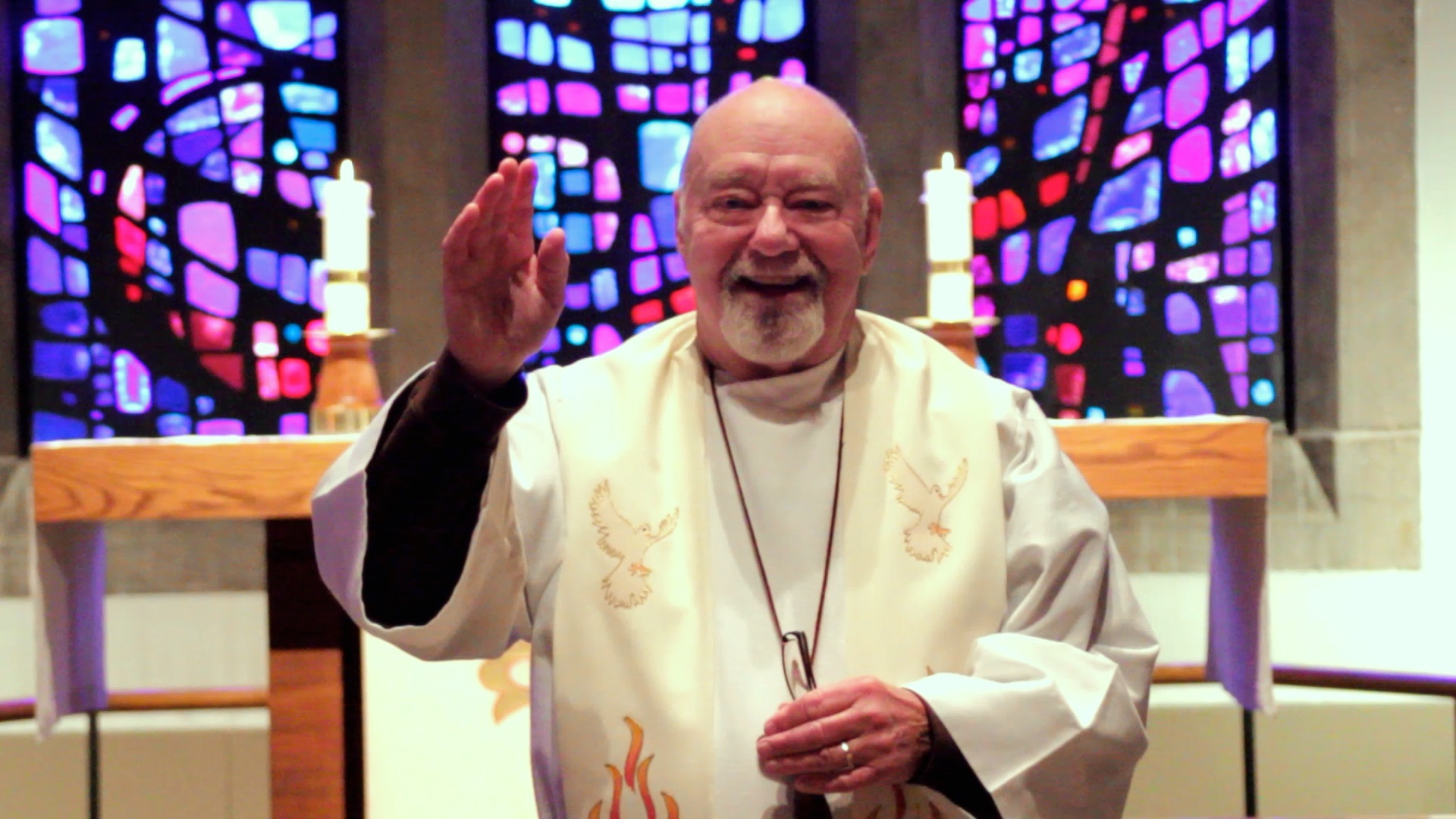 Editor’s note: Join us as we worship together by way of this pre-recorded service in the link below. Thanks to Interim Pastor David Mueller, John Lasher, director of music and worship arts, and Council Member Brian Schmidt for providing the elements of today’s worship — music, Scripture, prayers and Pastor Mueller’s message — during this time of separation caused by the Coronavirus pandemic. The text of the sermon is below.

Please pray with me:

Oh Lord God, our Father and Father of our Lord and Savior Jesus Christ, last Sunday there were no crowded churches anywhere on earth to diminish by these seven days later. We stayed in our homes, as we have been instructed to do in the face of an infectious attack by an unseen enemy. Hopefully, each of us and our spiritual family around the world found quietly festive and faithful ways of acknowledging Christ’s victory! Please help us not to wane in our faith now and in the times ahead. Please Lord, allow us increasingly to know how much You will forever love us. In Jesus’ Name. Amen.

After being with his friends in a secluded room, he left to begin what became his week-long pilgrimage of wonderment and pain. He felt his friends were delusional. No way could what they were saying be true. It was nonsense, fanciful dreaming, and not for him!

He walked slowly but surely all day and fell asleep crouched in a niche in a stone wall. While the nights were cool around there, he managed to sleep … and dream.  Actually, he did a great deal of remembering: the people, the unusual and at times miraculous events, the kind words, the gentle touches, the promises.

He awakened at the break of day, took a drink of water from the skin he was carrying. “I had better find a well in which to fill up my water skin,” he thought. He grabbed a piece of already stale bread from his pouch and knew he needed to find something more substantial to eat. He had a long way to go even if he had no idea where he was going.

As he started his walk, he thought to himself about where he might go. He could go back to the Galilee, but too many people knew him there! He might go through Galilee to Lebanon but that country was not very friendly to Jews, especially those wishing to stay. Maybe he should work his way south and east through the Sinai to Egypt, but the sand and dry heat would be too much for him. So where then? “I don’t know,” he said to himself, and “I am not sure I care!”

His hopes had been dashed. Three years of incredible experiences had ended in disaster. How could the times ahead not be to some degree better? He was willing to consider nearly any kind of work. That part did not bother or concern him at all.  But he would also be giving up all his significant relationships. He could end up all alone and that, more than anything else, frightened him.

On this second day out, the time passed quickly. He had traveled some distance out of the city. As dusk came, he looked for a place to settle in and found a sycamore tree under which to shelter. Again, he remembered and he dreamed. At first he was calm, the memories pleasant, dreams hopeful. But then the terror came out of the blue. The shouts, the screams, and now the shattered dreams; the blood, the suffering he watched from a distance, the soldiers, the crowds, those religious phonies in their holy garb. God, could it have been any worse? In the middle of the night he awakened in a cold sweat, took a drink, but just could not get back to sleep.

In a daze, he got up and got moving. He decided to go back into the city, but not the part where the violence had taken place. He needed meditation badly but wouldn’t even consider going to Temple Mount. He wandered for hours, noting how easily and seemingly worriless the people went about their lives as if nothing had happened. “What is wrong with this picture?” he asked himself.

Reluctantly he made his way up to the top of the Mount of Olives. Instead of focusing on sites of sadness for him, he was enamored with the long lines of crowds he could see from up there, exiting in all directions to go back to their homes, 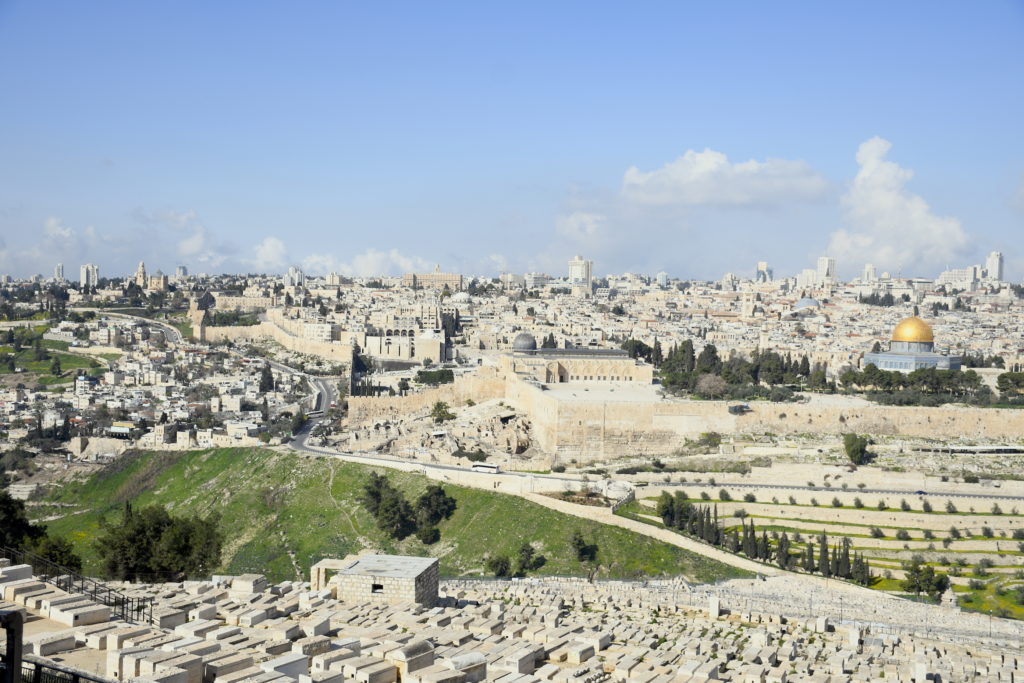 some at great distance. Passover and the festivities which had brought them to the city were over.

It was hard to believe, but he wandered for several more days, four or five he thought, though he really lost count; it felt like weeks. He walked and walked and walked and remembered only small bits of where he had been and what he had seen and heard. He had a little money with which he bought food sufficient to survive on, but he wondered how much weight he must have lost.

In was early afternoon, somewhere along his serpentine route, and no longer in the city. He was a bit out in the wilds. He had found a palm tree against which to lean. He was exhausted and took a nap.

This time his thoughts turned to the women. How on earth were they managing? Tears ran down his face as he thought of Mary. Oh how much pain she must be in! The afternoon sun moved so as to shine directly on his face. In the middle of some worrisome memory, he awakened suddenly with the brightness of the sun shining right in his eyes.

He had this really very strange sense that his eyes were being opened, the eyes, that is, of his mind and heart. He began to see differently. It was all hazy; nothing was at all clear to him. But he had this urge completely beyond his grasp. It was as if he was lifted up to his feet and being told to go back, back to where he had left to take this travel tour to nowhere!

He was baffled, not at all joyful about it, still somewhat hesitant. The urging was, however, overwhelming. He thought to himself: “I have not gotten a thing accomplished on this painful pilgrimage. I still do not have any idea where to go to stay! I do not know what I am going to do! I have only a few shekels left! My bones ache from sleeping in strange places and my feet are killing me. Oh, what do I have to lose?”

Back toward Jerusalem he went, not knowing what he was in for. He had said to his friends, “Unless I see the mark of the nails in his hands and put my finger in the mark of the nails and my hand in his side, I will not believe.” Would they even accept him back? Nevertheless he moved to go back. He had been a week away.

As he arrived at the place where they had been he could not believe his ears.  There was laughing and other sounds were happy ones. Huh? His intrigue moved him those last few steps. He went in and was immediately welcomed and embraced by everyone there, including the women. He was bewildered, until Jesus showed up, said, “Peace be with you,” and then moved straight to him.

“Thomas, put your finger here and see my hands. Reach out your hand and put it in my side. Do not doubt but believe.”

Thomas answered him, “My Lord and my God!” Thomas was so pleased that he was beckoned to return to have his life changed forever. 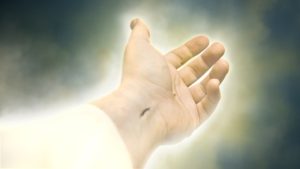 While Jesus was the one who mentioned doubt, history has tagged him “Doubting Thomas,” a title he might have to carry eternally, although I believe he will carry it nobly! But this is a story also about us and our doubts. Jesus said as much: “Blessed are those who have not seen and yet have come to believe.”

I have my own doubts. I do not believe, however, that doubt is faith’s opposite, fear is! Doubt is faith’s flip side. Doubt led Thomas to come back and check things out, even if it had led him first to leave. Indifference is also a negative. Thomas wandered away and wondered a great deal but he never stopped caring.

I have not seen, neither have you, nor have tens of millions of others who have come to believe and have heard Jesus say to them: “Peace be with you!” Somehow, in a biblical sense, hearing and not seeing is the more significant sense we employ in coming to faith. We need to hear one another, listen to testimonies of each other, and learn in all this to rejoice and be glad together.

And there is more: “Receive the Holy Spirit,” He spoke to the Disciples when first he came to them. It would be 50 days until they fully grasped what that meant for them and for their world. The Holy Spirit — I like to say “Holy Wind” — was their enabler, their empowerment, their motivation to move off their dime so to speak and get on with sharing the Good News.

This is all about us as well: our fears, hopefully relieved; our doubts, hopefully being overcome; our holy and heavenly hope, renewed constantly; and our faith, given freely for us to share! Amen! 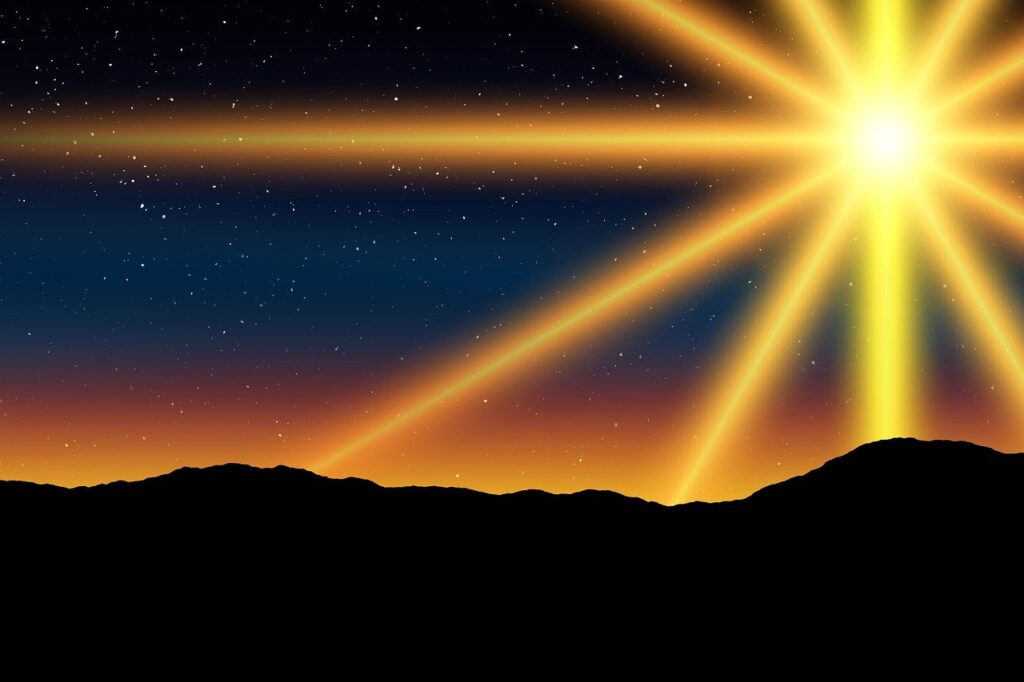 A Christmas meditation
Interim Pastor David Mueller shared a four-part meditation on Christmas Eve. We include the text of his message and a link to the archived service on our YouTube channel. Our worship, led by John Lasher, director of music and worship arts, included a chime choir and guest violinist Maria Rusu.

Read More
Midweek Extra: With Bishop William Gohl
We were delighted to welcome Bishop William Gohl Jr. of our Delaware-Maryland Synod to our worship services on Sunday, December 13. After the service, Bishop Gohl sat down with Interim Pastor David Mueller to tape a conversation for the Midweek Extra, which is produced by John Lasher, St. Mark’s director of music and worship arts. They discussed the role of a bishop in our denomination — the Evangelical Lutheran Church in America — as well as the “call” process, which St. Mark’s is pursuing now as we look for a new pastor,  and how the church can grow and minister into the future. Read more to get the link to the Midweek Extra.