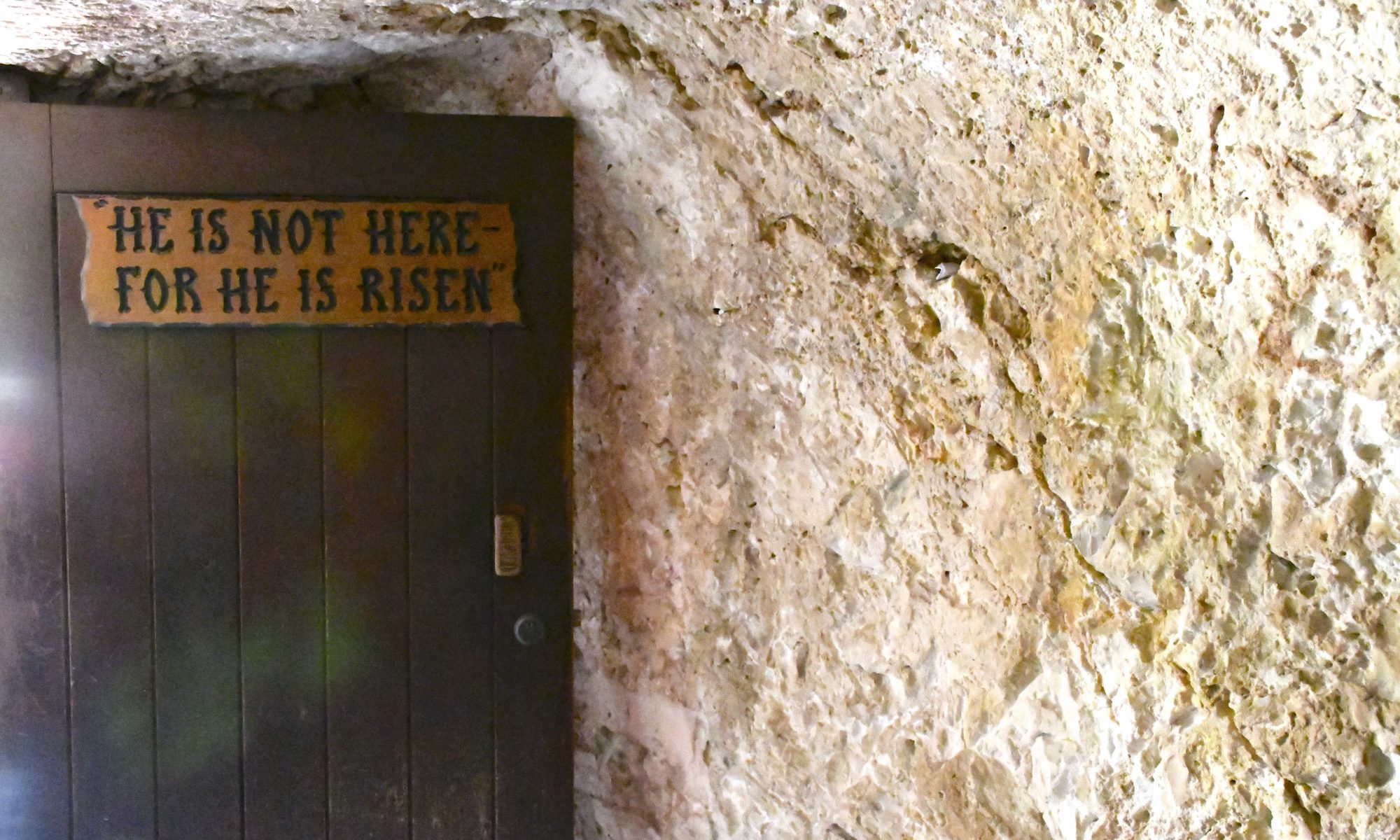 Grace to all of you and peace in the Name of the crucified yet Risen Christ!

One would think that of all Sundays, this would be the easiest one on which a Pastor could preach. It is, indeed, a very special privilege to be in my place on Easter, even if this year it must be in odd circumstances and a distant context.

After all, this Sunday more than most is not primarily about the world and its issues, but about Jesus Christ and His glory! This is His Sunday! 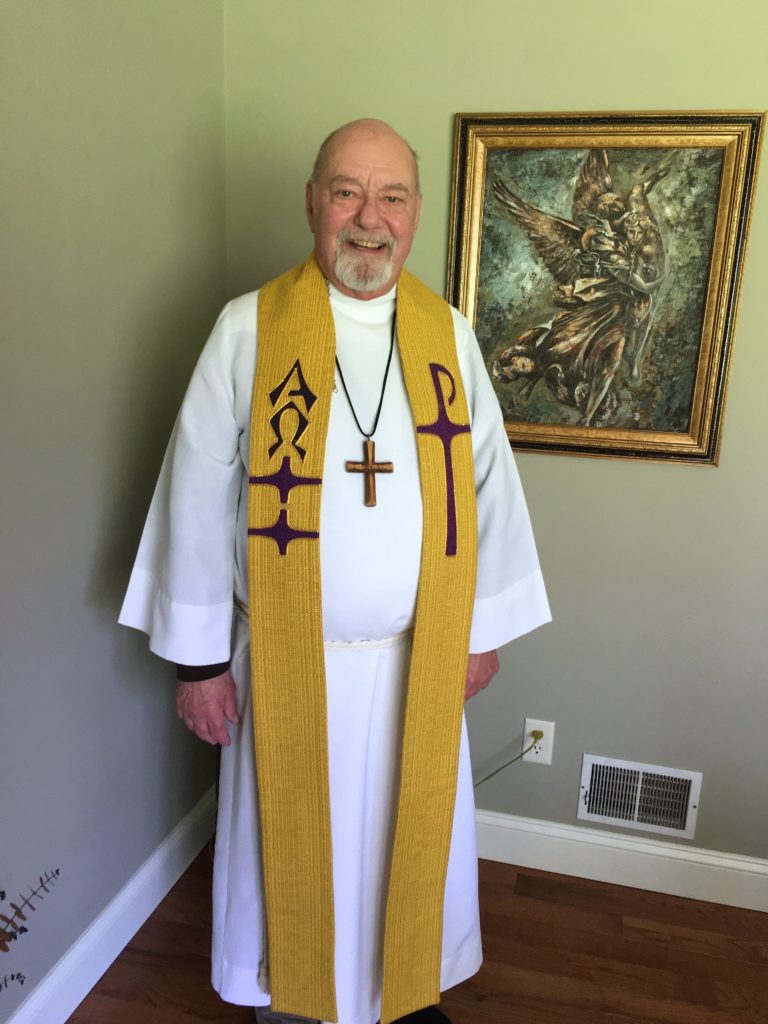 For me, however, that is what makes this Sunday different if not difficult! Who am I to proclaim this fabulously “Good News?” How can I give this its due? Clearly, even after nearly five decades, containing 49 Easters, I do not count myself as the veteran I probably should be. Being here, doing what I am trying to do, remains a genuinely humbling experience. Long ago I realized that the Lord works as often in spite of as much as through me. This is not feigned humility!

My task then is not to explain this event, because in many ways it is inexplicable, but to proclaim it: CHRIST IS RISEN! I trust that in your own homes, you can respond with: “HE IS RISEN INDEED!”

We pray: Lord God, Heavenly Father of our Lord and Savior Jesus Christ, plant in each of our hearts this day a renewed sense of the ultimate truth that You are the Creator and Re-Creator of life; You are the giver of love, light, and life. May the Holy Wind ignite in us renewed faith, a fresh desire to celebrate Christ’s victory and to anticipate our own in Him one day, and a few moments to step away from all that troubles, threatens or terrifies us so as to listen and learn just how much You care about each and all of us! In the Name of the Risen Christ! Amen.

In John’s Gospel (20:1-18), Peter and John had a foot race to the tomb, won by Peter, only to find it empty. We read: “for as of yet they did not understand the scriptures that he must rise from the dead.” (9) There is a theme here we will encounter a number of times in the post Resurrection accounts, namely, that after being with Jesus in His ministry for three years AND after being confronted either with an empty tomb or Jesus Himself, they didn’t get it. If they didn’t get it, why should we think we do? I’ll come back to that!

After Peter and John return to their homes, soon to gather together with the other Disciples in the locked room afraid for their lives, the focus turns to Mary of Magdala and her encounter with Jesus. This ought to fascinate us! In all four Gospels, women were engaged directly in the experience of an empty tomb. At the risk of sounding at best old-fashioned, it was, of course, the duty of women to anoint the dead, which they were prepared to do.

It is Matthew who reports the concerns of the Temple Establishment. They were aware of the promise that after three days Jesus would rise from the dead (Matthew 27:62-66) and requested that Pilate secure the tomb. Pilate ordered an armed guard posted and the tomb to be “sealed.” It is just as likely that “seal” meant the seal of the Emperor as much as putty of some sort around the edges. In effect this would have meant that it was illegal for Jesus to rise from the dead. We really don’t need a joke here, but “Ha Ha! Guess what?” The tomb would neither contain nor restrain Him. Sorry Priests and Pilate; you lose!

Thus, the living Christ was there in the garden near the burial site. One or two “Angelos” in white were in or very near the tomb itself. Angelos literally translated means “Messenger.” The message to anyone who came, Disciples or the women, was “Do not be afraid, He is not here; He is risen!” “Why are you weeping?” two Angels asked Mary? “They have taken away my Lord, and I do not know where they have laid him.” (John 20:13) At this moment, she too, had no idea or memory that he had said he would rise. 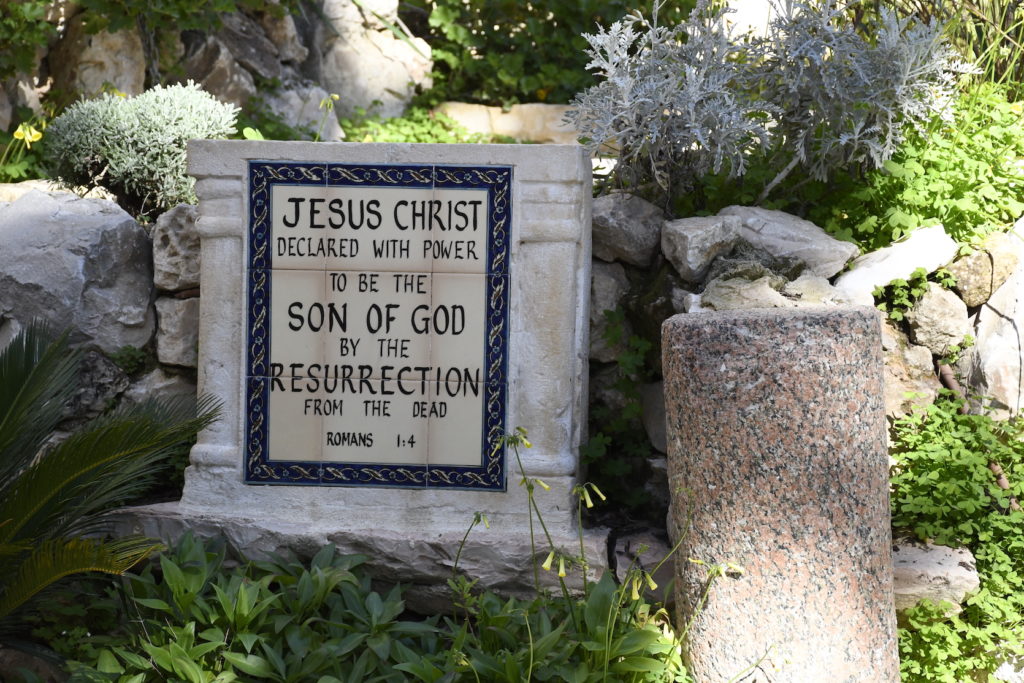 Even when in the very next moment Jesus stood before her, she did not recognize him. It is time for another significant if small piece of humor: “Supposing him to be the gardener….” Huh? To her, Jesus was not a ghost, guard or good-natured gentleman, but a gardener! Now really, would Jesus have looked all that scruffy and dirty? Hardly! We are told He was dressed in white! Again, no recognition!

The Disciples in Luke, walking to Emmaus (24:13-35), didn’t recognize Him until Jesus later broke bread with them. So held hostage by the limits of the human imagination were all of them, that it was inconceivable that he could have been raised, even though on so many previous occasions, he said that he would.

I am not troubled by this precisely because I would have been no different and know for certain that neither would any of you. To attend a funeral one day and have the deceased show up the next is not exactly common or explicable. Perhaps this is why the Angel(s) said: “Do not be afraid!”

In Mary’s case, however, notice the power and even majesty of names spoken.  “Mary,” said the Christ; “Rabbi,” said Mary (20:16). Here we have an intimate conversation of just a name and a title. Please imagine a day sometime into the future, when you will simply hear your name called and you will respond with “Lord.” There is no need to complicate things. “David, I called you BY NAME in your Baptism and am calling you now to come home!” I anticipate that even though I do not fully understand it.

What comes next is surprising and perhaps disappointing. Jesus said to her: “Do not hold on to me, because I have not yet ascended to the Father.” (20:17) Upon seeing someone not seen for a long time, I believe the first reaction is to embrace, experience a good old-fashioned bear hug, grounded in affection and relief. Don’t touch! Mary must have started to gesture such, but seemed to be denied it.

In this instance, however, there is another implication. In friendly or familial situations, after the embrace and a few tears of joy, there comes conversation, the sharing of experiences since the last meeting. In Mary’s case, “holding on” was not just touching or embracing but holding tight, never wanting to let go, refusing to let this be a moment of joy and not a lifetime of peace with Jesus present always.

There is something both mysterious and necessary about the penultimate absence of Jesus. This space, seemingly vast, and by now over two millennia, is filled with the Holy Wind or Spirit or Breath. The wind, unlike a physical body, is without boundary, without limits, without time and space. We still need not be afraid but to trust, be open, and be available to this energy, motivation, inspiration, and empowerment.

This goes far beyond the physical and is uniquely and beautifully spiritual. Besides, we all carry a penchant for holding Jesus to our standards, needs and desires rather than bowing to His.

Now Mary, get to work, go and tell the Disciples and soon the world, that He is Risen and let them learn to respond with “He is Risen indeed! Hallelujah!” May the Holy Wind enable us to go and tell, go and dare to share the “Good News!”  Amen! 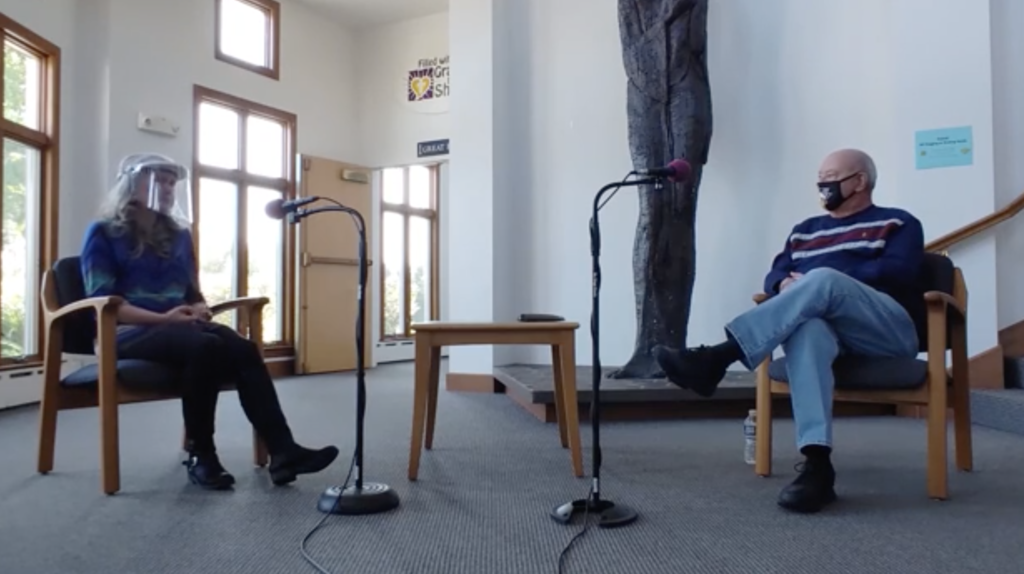