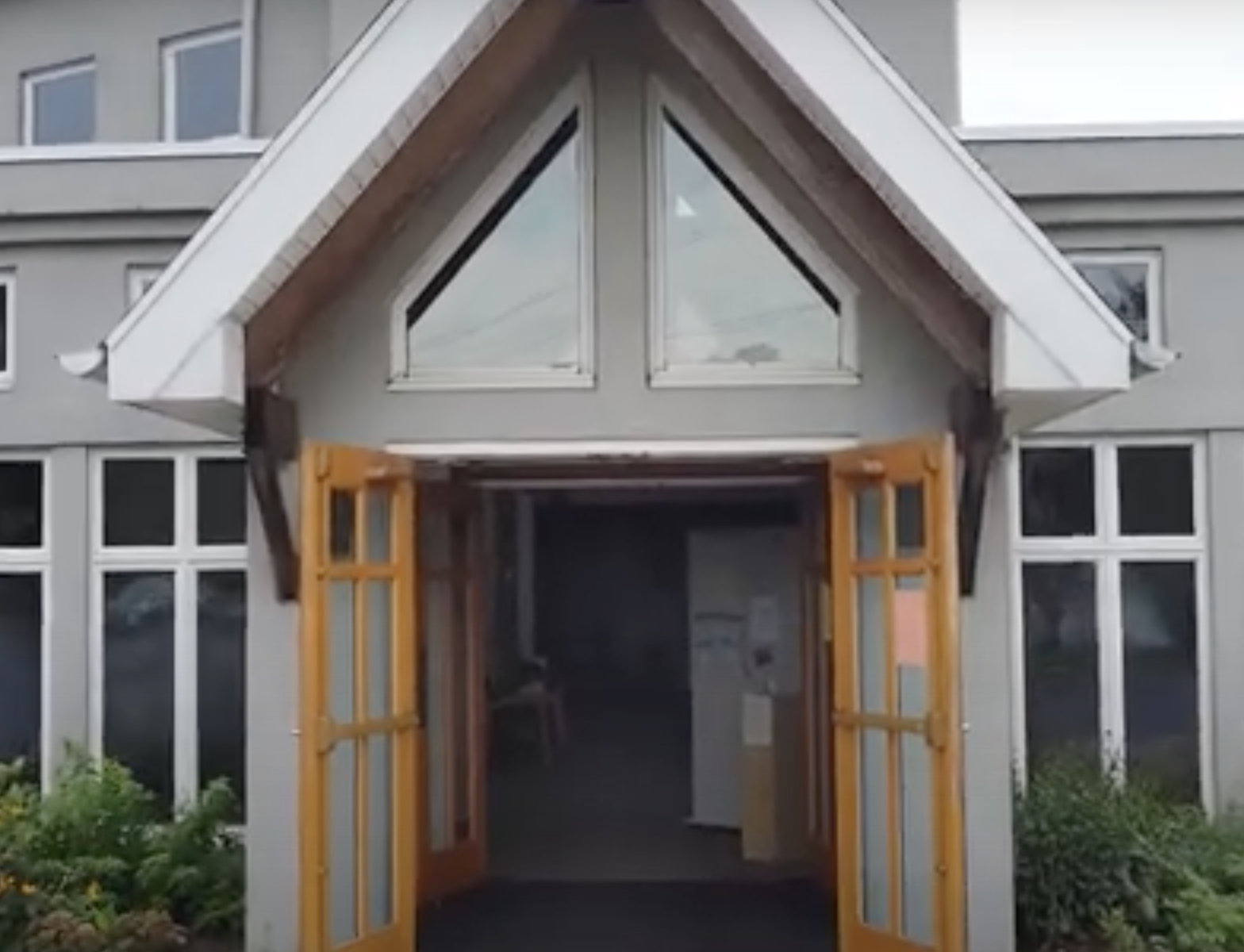 We have waited and prayed and longed for this day! For the first time in almost six months, the sanctuary at St. Mark’s will have worshippers in attendance! Church doors open at 9:45 a.m. and you will see many changes, as you know already if you have watched our “Reopening Day” video.

That’s not to say we have not been worshiping together throughout this long building closure, which was done in an effort to slow the spread of the coronavirus (COVID-19) pandemic. We have been together — online!

And thanks to the work of John Lasher and our Worship Committee, that online option will continue for all who are unable to join us in the sanctuary for any reason. See John’s guide to the new “livestreaming” broadcast that starts today at 9:55 a.m.

Many thanks to Interim Pastor David Mueller and John Lasher, director of music and worship arts, for producing the weekly prerecorded worship services that have helped us stay connected as much as possible during this time of extended separation.

Thanks, too, to the musicians and the virtual choir, the worship assistants and all who have continued to support the ongoing ministry of St. Mark’s with your prayers, gifts, mask-making, fundraising, notes of encouragement and other assistance. Thanks to Council President Kitty Dombroski and all who serve with her on the Leadership Council and its Worship Committee. Thanks to Office Manager Cheryl Denneny and Sexton Rick Johnson and all who have given their time and talents during this unexpected interruption of life together.

Now some of us are returning to in-person worship, but many will continue to wait until the virus is brought under control or a vaccine is available. We trust you to make the best decision for you and your family and we want you to be comfortable and connected in the way that suits you best.

We will continue to provide online access to our worship services. They will be broadcast live on our YouTube Channel and then will be archived there for future viewing. You can participate at any time, wherever you have an internet connection.

Thank you for your patience as we continue to develop and refine the tools we use for these broadcasts. We are amazed at the ways God has provided — and we hope to fill you in on some of the stories behind the scenes in the not-too-distant future.

Click on the image below to link to our YouTube livestream. The text of Pastor Mueller’s sermon for today is also available below. 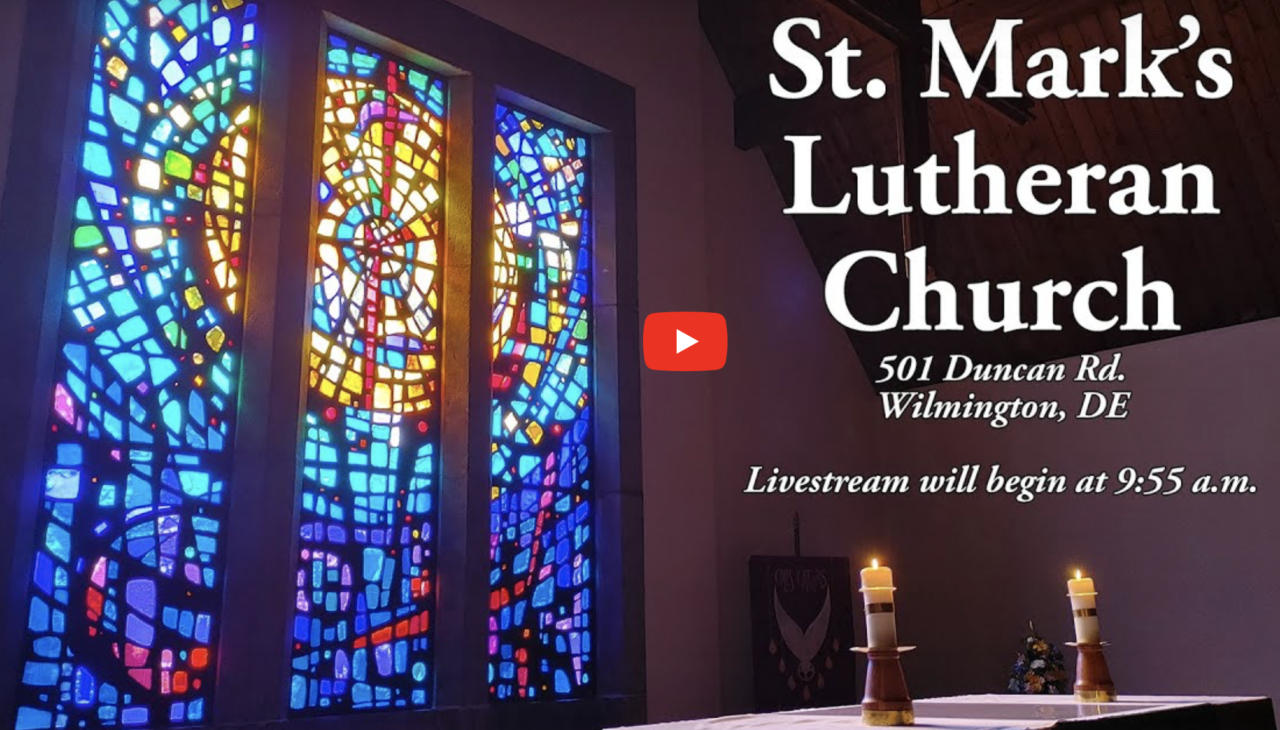 I believe most of you by now realize how important the righteous acts of Christians are to me. It is never exclusively or even primarily our personal salvation and spiritual well-being. We carry in our redeemed hearts and minds, the compassion, healing impulses and genuine concern for others of Christ.

The story was told decades ago about a certain lighthouse, the obvious purpose of which was to keep ships in the channel and not aground at night. Volunteers showed up regularly to clean, repair and manage the lighthouse so that it continued to fulfill its purpose. But the volunteers started gathering, having parties and neglecting the lighthouse in favor of activities more fun but less noble and necessary. It no longer fulfilled its purpose!

Jesus warns against putting our lights under a bushel basket (Matthew 5:15). The Church, which is not a building but a community of believers, has as its purpose to “let your light so shine, so that they may see your good works and give glory to your Father in heaven.” (Matthew 5:16) When we move in on ourselves and fail to shine for the sake of others, we lose our purpose and reduce Christ’s suffering and death to meaninglessness.

At the very core of the Christian faith, however, is something even more important in a practical way. Without this core, we are not Christians at all for this core is also at the center of the nature of God. I am speaking of forgiveness!

David, in Psalm 103, professes the following: “The Lord is merciful and gracious, slow to anger and abounding in steadfast love…. He does not deal with us according to our sins … as far as the east is from the west so far he removes our transgressions from us.” (portion of 8-12)

Remove or ignore this core essence of God to forgive and we lose. Other gods may demand appeasement, sacrifices, rigid rituals, but God invites faith in who He is, and regarding us, what He does in Christ.

Matthew 18:15-20, our Gospel for today, is a powerful if really simple process about our learning to forgive. It is also perhaps one of the most abused portions of the Christian Scriptures, which has been used by Popes and other pious  persons to manipulate kings and other leaders. It has been used all too often as a threat: “if you do not do what I/we want, you will be excommunicated.”

Clearly, this passage has been rightly called “Church Discipline.” At the end of the process “if an offender refuses to listen even to the church, let such a one be to you as a Gentile and a tax collector.” The Amish in our day and certain churches in the past have called this “shunning!”

Please do not go to the end of the process too quickly. As Christians forgiven, it is both our duty and our delight to be forgivers. This could not be any more serious or special. If we don’t forgive, we are not forgiven. In the prayer our Lord taught us, God the Father does the feeding, the avoiding and the deliverance. The only thing we pray for and do is to be forgiven AS we forgive those who sin against us. The forgiveness petition is the pivot around which the whole prayer matters and the Christian life centers. In the Sermon on the Mount (Matthew 5:7), Jesus shared “blessed are the merciful, for they shall receive mercy.” 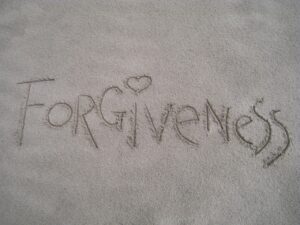 Travel with me to the beginning of this process. If someone in the Church sins against you, “go and point out the fault when the two of you are alone.” The Eighth Commandment as we number them is about not bearing false witness. Luther went so far as to say that if we tell the truth about someone for malicious reasons, we are violating this commandment. Bearing false witness implies blabbing about someone else all over the place. The prescription in Matthew 18 begins with keeping the issue, whatever the sin is, contained. But it is more: “If the member listens to you, you have regained that one.” The purpose is not to judge the other but to hopefully embrace the other, to hold again the other in positive regard.

If that does not work, “take one or two others along with you, so that every word may be confirmed by the evidence of two or three witnesses.” This mandate of two or three and not just one other witness is found in Deuteronomy 19:15 and thus has biblical precedent. Once again the purpose is to reconcile and restore the relationship and not to judge. The others are to witness to your behavior and not just to confirm the intransigence of the perpetrator.

If that does not work, “tell it to the church.” Only after several truly righteous attempts to straighten out the mess does it become potentially a public embarrassment and sanction. If even that does not work, then the person is to be shamed and shunned.

As antiquated as this process may seem and as abused throughout history as it has been, there are very practical advantages, especially to the forgiver whether the forgivee is moved to acknowledgment or not.

My favorite account in the Hebrew scriptures is the story of Joseph which takes up a significant amount of biblical space, Genesis 37-50. Joseph was sold by his jealous brothers into slavery. They were forced to come to Egypt to obtain grain due to a drought in Palestine 25 years later. They did not recognize Joseph and after Joseph’s own ruse — holding the youngest brother Benjamin responsible for a theft — he revealed himself to them. They all moved to Egypt, where the Hebrews would spend 435 years. Seventeen years after moving to Egypt, their father Jacob died. The brothers freaked out, believing now the axe of Joseph’s wrath was surely going to fall. What Joseph said to them in Genesis 50:15-21 is as beautiful as it gets. The deepest weeping comes from the forgiver. The brothers did not get their due! They had spent 42 years in guilt, shame and fear.

This is often true of anyone who has been in some way violated and yet has an opportunity to forgive. The one who forgives or is willing to forgive even if the other refuses to accept it, is free of the burden. When as Christians we are in a constant state of being forgiven and forgiving, we are far freer to be about the more positive aspects and privileges of our faith. Forgive us AS we forgive!

There is more. First of all, you do not have to and cannot forgive someone who sinned against someone else. As the Fallwell scandal has surfaced, Becki has been quoted as saying: “I wish Christians were as forgiving as Christ.” She didn’t violate or harm me. Perhaps the students, faculty and administration at Liberty University need to forgive her and her husband but not me. I cannot forgive someone for murdering another. It is noticeable how many of those affected by such a crime, are freed of a lifetime of anger and anxiety when they forgive the perpetrator even if they also get justice in imprisonment.

Secondly, no Christian community including St. Mark’s can or will survive the presence of animus and the absence of forgiveness in its midst. Jesus, still in the Sermon on the Mount says: “So when you are offering your gift at the altar, if you remember that your brother or sister has something against you, leave your gift there before the altar and go, be reconciled to your brother or sister and then come and offer your gift.” (Matthew 5:23, 24) This is often associated with Holy Communion. It is first “Holy” because the meal was established by Christ. It is also “common unity” with those partaking with you. You might have heard someone say along the way, at the altar, Holy Communion is between me and God. No it isn’t! God is NOT present when chronic conflict or animosity exists between God’s people. God affirms the reality of His people: if they are forgiving, so is He; if they are not, neither is He!

I believe that we need steady reminders of the power and absolute necessity of forgiving grace all over the place within Christian community. Without it, there is not just something missing, but someone missing. Without God we lose! With God we forgive and win! 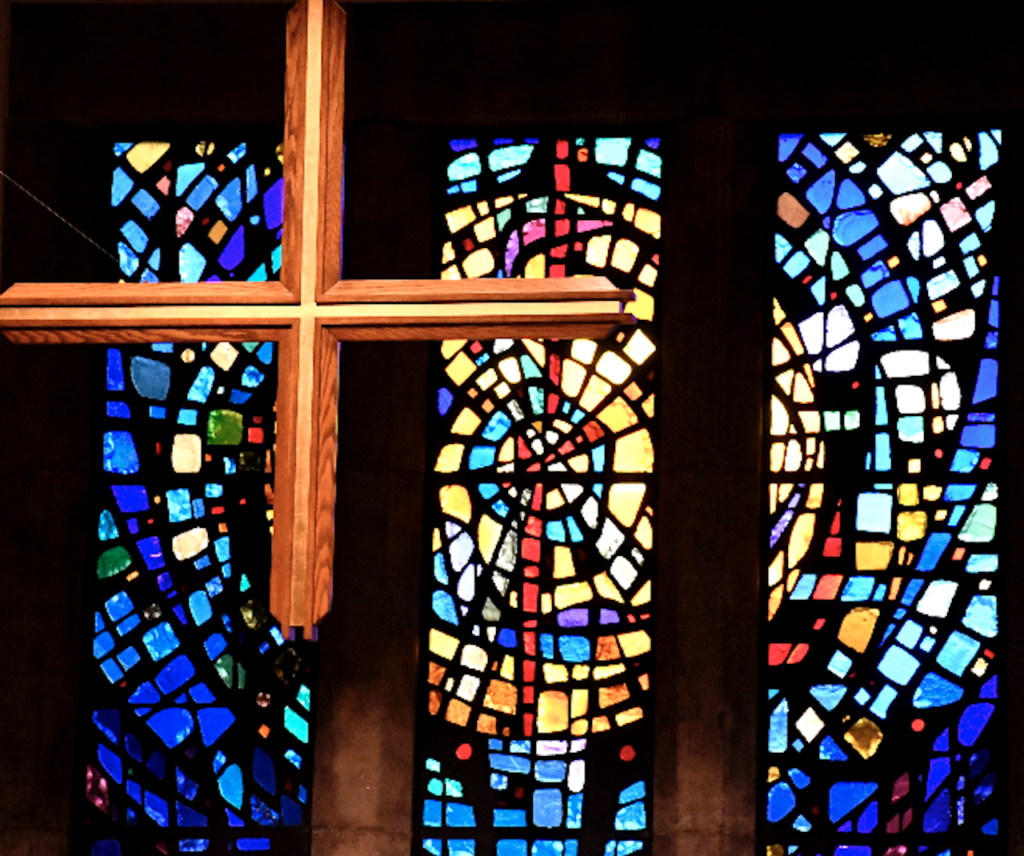 Council update: St. Mark’s ready to elect a Call Committee
We have a great update on St. Mark’s efforts to call a new pastor and we need your vote to move forward with a Call Committee. St. Mark’s Leadership Council on September 13 approved a slate of eight candidates and it’s time for a congregational vote. Read more to learn about the candidates, the special Oct. 4 congregational meeting and the voting process we will follow during this coronavirus pandemic..