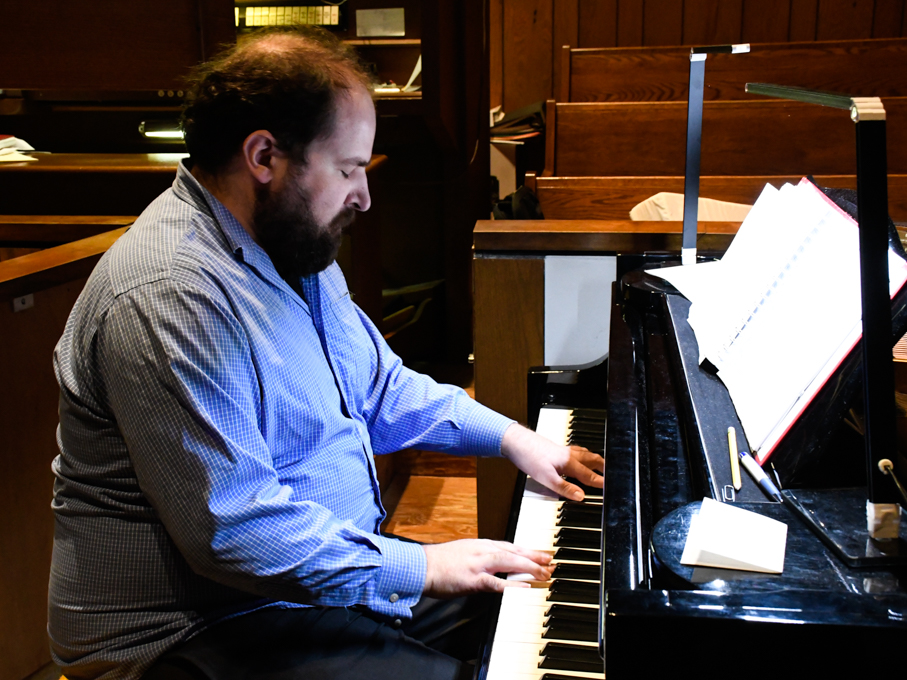 St. Mark’s has a new director of music and worship arts — and he has a familiar face! We congratulate John Lasher, who has been our interim director for several months, on his recent appointment to this position.

Thanks, too, to the Search Committee and Leadership Council for helping us to navigate this challenging process.

We thought you’d like to know more about John and we sent him some questions.

John grew up in Newark, Delaware, where he was active in church music from the age of 7. He plays piano, organ and keyboard, and has played timpani and other percussion. He holds a Bachelors of Music Composition from Cairn University, where he also studied Bible and Theology. John is an accomplished actor, having appeared locally with the Brandywiners, Wilmington Drama League, OperaDelaware and at Delaware Children’s Theatre. He played “Watson” in a critically acclaimed performance of “Sherlock Holmes: The Final Adventure” in Philadelphia. He enjoys building computers, cooking and occasionally drives for Uber.

• What is it about music that appeals to you?

I don’t really know. Reportedly one of my first sentences was “Want Beethoven,” so I guess it’s in my DNA or something.

• What drew you to be a church musician?

Many of my earliest musical experiences were in churches. Music is an incredibly effective means of spreading the Gospel, and we are commanded several times in both the Old and New Testaments to praise the Lord with singing and other music.

My dad happened to see an ad seeking a keyboard player for “Souls on Fire.” I responded, and the rest is history.

• What is your favorite kind of music and why?

If I had to pick a favorite, it would probably be what I’ve heard called “dad rock” (I’m not a dad, but…) — Toto, Steely Dan, Chicago, that crowd. Jazz and Classical are definitely up there, too.

• What do you find most challenging about music?

• Is there a musician that has especially inspired you?

If I had to pick one, probably Dave Brubeck. He was the first concert I ever attended (at 18 mos. old).

• How did you come to faith?

I can’t remember a time when I did not know the Lord. For as long as I have understood the basic concepts of sin and salvation, I have trusted in Christ as my Savior.

• How are music and faith connected?

Our God has commanded us to make music for His glory, and as previously stated, it is a very effective means of spreading the Gospel. You might not remember what was preached last Sunday, but you’ll probably remember the music.

• What is your favorite instrument?

The organ, for the range of expression it offers. But right up there with it is the human voices. I’ve heard it said that every instrument made with hands is, in some way, an attempt to mimic some aspect of the human voice. That’s the reason violinists play with vibrato.

• What are a few of your hopes for music at St. Mark’s?

I hope to grow the church and thereby grow and improve our ensembles. I want to continue our musical outreach to the local community. I also hope, through music, to continue to build bridges to other churches in northern Delaware and the surrounding area.

• Do you make music elsewhere, too?

Yes. I participate in community theater, both as a performer and as a music director. I also have at least one album on Amazon/Spotify (search the full name John Percy Lasher) and I might make another one in a year or three. 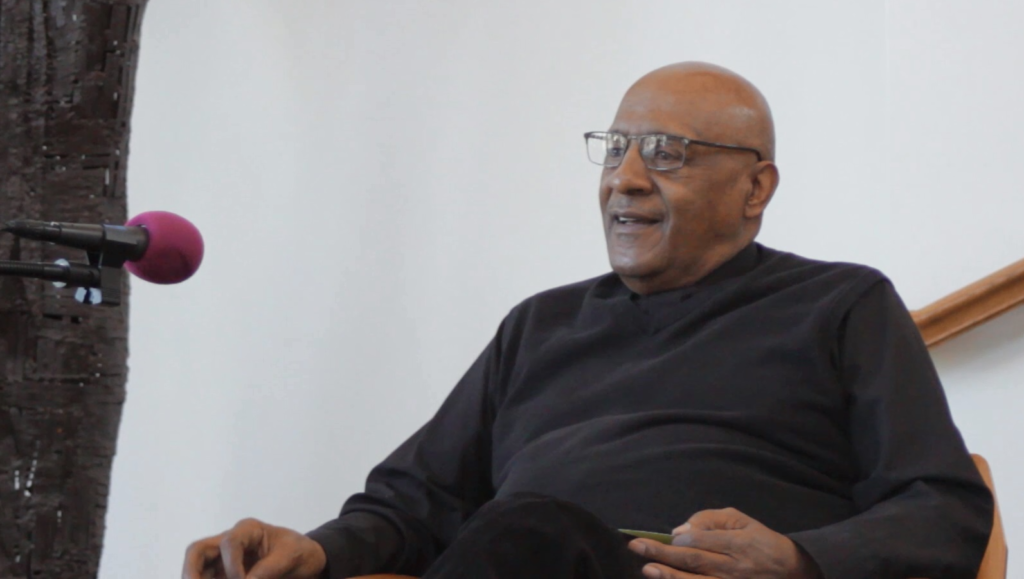 Midweek Extra: The Rev. Clarence Pettit
The Rev. Clarence Pettit of Unity Lutheran Church in Wilmington joined Interim Pastor David Mueller for another Midweek Extra discussion of race. He talked about protests, about the January 6 riot at the Capitol building in Washington D.C. and about changes needed in the church and society to make good on the principle that “all are created equal.”

Read More
A Christmas meditation
Interim Pastor David Mueller shared a four-part meditation on Christmas Eve. We include the text of his message and a link to the archived service on our YouTube channel. Our worship, led by John Lasher, director of music and worship arts, included a chime choir and guest violinist Maria Rusu.